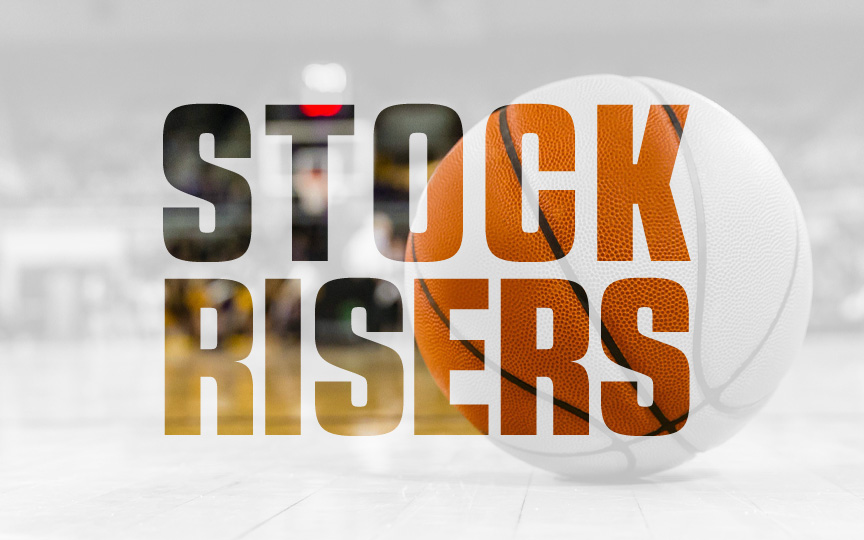 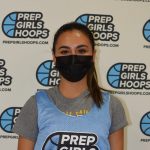 There are many players in the class of 2023 with a strong work ethic. Here’s a look at four of them:   Kaitlyn Elsholz Kaitlyn Elsholz 5'11" | CG Sandra Day | 2023 State AZ is a five-foot-ten forward for…

There are many players in the class of 2023 with a strong work ethic. Here’s a look at four of them:

Kaitlyn Elsholz Kaitlyn Elsholz 5'11" | CG Sandra Day | 2023 State AZ is a five-foot-ten forward for Cactus Shadows High School in Cave Creek. She also plays for her grassroots team, 602 Lady Nation. The Lady Falcons finished 15-4 last March but a perfect 10-0 in Conference 6A. Kaitlyn averaged 9.0 points per game along with 4.8 rebounds and 3.6 assists. Cactus Shadows lost to Flowing Wells in the state tournament last March, 67-61. She has now played in 50 games over two years with the Lady Falcons, having averaged 6.2 points per game as a freshman. From December of 2019 to March of 2021, she won 7 Player of the Game Awards as selected by Max Preps.

Kaitlyn played in a number of tournaments with her club team during the summer. One scout referred to her “…as a bulldog who can score the basketball and has a huge upside during the summer viewing period.” Another coach had these comments about her game. “She is a player with a huge ceiling. She is very smooth and she does just about everything well. She can handle the basketball, has an efficient jumper, and gets out in transition. She should be a game-changer by her junior year (2021-2022) and be able to impact the game in many ways.” Kaitlyn also has a weighted 3.5 GPA.

Reena Bhakta Reena Bhakta 5'11" | PF Sunrise Mountain | 2023 State AZ is a five-foot-eleven junior at Sunrise Mountain High school in Peoria. She also plays for her club team, Arizona Elite. SMHS finished with an overall 16-5 record in 2021 and were 10-2 in the 5A Northwest Conference. They lost to Verrado, 53-40 in last season’s state championship game. Reena averaged 10.2 points per game last year to go along with 6.6 rebounds. She averaged 6.0 as a freshman and has played in 44 games over a two-year period. As both a freshman and sophomore, she hit on over 50% of her shots from the floor. She was also nominated for Player of the Week Honors for the week of January 21st when she scored 21 points in a route of Centennial, 79-34.

Playing for Head Coach Jennifer Tolle, Reena was dubbed an ‘Undergraduate to Watch’ by the Daily Independent. She has good size, athleticism, a fierce competitive spirit, and an outstanding work ethic. Going now into her junior year, she is only going to get better on both ends of the court.

Makaylei Snyder is a five-foot-six guard who plays for Sandra Day O’Connor High School in Phoenix as well as her club team, Arizona Elite 16U. Last year her high school team finished 12-5 overall and 8-1 in their conference, 6A Desert Valley. Mak averaged 7.8 points a game along with 4.1 rebounds and 2.8 assists. The Eagles lost to Gilbert High School in last year’s state championship game, 57-49. As a freshman, she averaged 3.9 points per contest and has played in 42 games in two years.

Mak’s philosophy is “..to do everything I can to keep things positive for myself and my teammates is what I strive for.” She had a busy summer playing in a number of tournaments for her grassroots team, Arizona Elite 16U. In addition, she maintains a 4.0 GPA. An outstanding competitor with a strong work ethic, she should be ready for a great junior season.

Cambria Medina 5'5" | CG Salpointe Catholic | 2023 State AZ is a five-foot-five guard for Salpointe Catholic. She also plays for her club team, TNT. Although she contributed eight points and four steals, SC lost in the 4A State Championship game to Seton Catholic. 70-62. Bria averaged 6.8 points as a freshman and 8.5 as a sophomore. Earlier in the state tournament, she was nominated for Player of the Week with a 20-point performance in a win over Sahuaro.

Bria plays for SC Head Coach Joseph Luevano and with a deep roster in place for 2021-2022, the Lancers should make another run for a state title. This past summer, SC won the Arizona Preps Summer Clash Tournament which featured the best teams in the state. Bria also maintains a 4.05 weighted GPA  which qualifies her for the Sports360AZ All-Academic Girls Basketball team (4A-6A). Now a junior and with a tireless work ethic, she is ready to come into her own as a basketball player and leader.