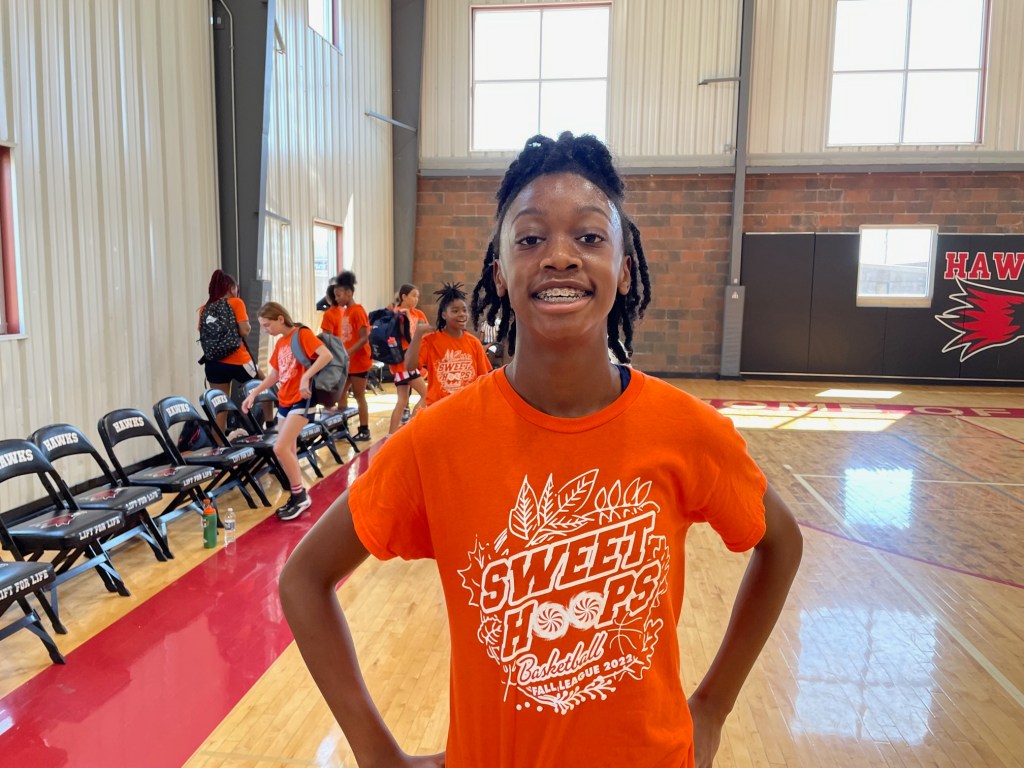 Prep Girls Hoops spent a day last weekend at the Sweet Hoops Fall League at Lift for Life Academy in St Louis. Here is a look at some of the top young players from the Class of 2028 who caught our eye.

Jordan Haywood (Lutheran North Middle): A 5’10” 2028 guard who is a tremendous young and up and coming prospect. She is a prime athlete with a high basketball IQ and an impressive skill set. She had one play where she dropped a 40-foot left-handed bounce pass to an cutting teammate for a layup. She was also attacking off the dribble and hitting the 3-pointer off the dribble. She can also guard multiple positions. Her mother, Jana (Tillman) Haywood was a Division I player at Saint Louis U. Jordan is following in those footsteps.

Jakiya Peterman (Carterville, IL): A 2028 point guard from Southern Illinois who has a high basketball IQ and plays the game with the savvy of a player that is much older. Her court vision was excellent as she had the ability pass her teammates open. She knew they were open before they knew they were open and she delivered the ball on the money. She was smooth on her penetrating drives to the basket as she finished well in the lane and hit pull up jumpers.

Trinity Jackson (Lutheran North Middle): A talented 2028 point who has good fundamentals and combines it with a little big of excitement and flash in her game. She has good quickness and smooth handles which gets her into the lane on a regular basis. She can break down defenders and score on acrobatic drives to the basket. She also delivered some nifty passes to open teammates.

Brooklyn Hardin (Homeschool): A 2028 lefty wing who was an excellent shooter from 3-point range. If she got a look from long distance, she would let it fly with confidence as she knocked down multiple triples in the game that I watched her. She played well off the ball in moving to the open spots on floor.

Zay’Hiyah Jackson (Hazelwood Middle): A 2028 wing who is strong and was getting buckets on some penetrating drives into the lane. She has good speed to go along with her good strength. She is also an unselfish player who was looking to make the extra pass to an open teammate.