The All-Hustle Senior Team for 2023 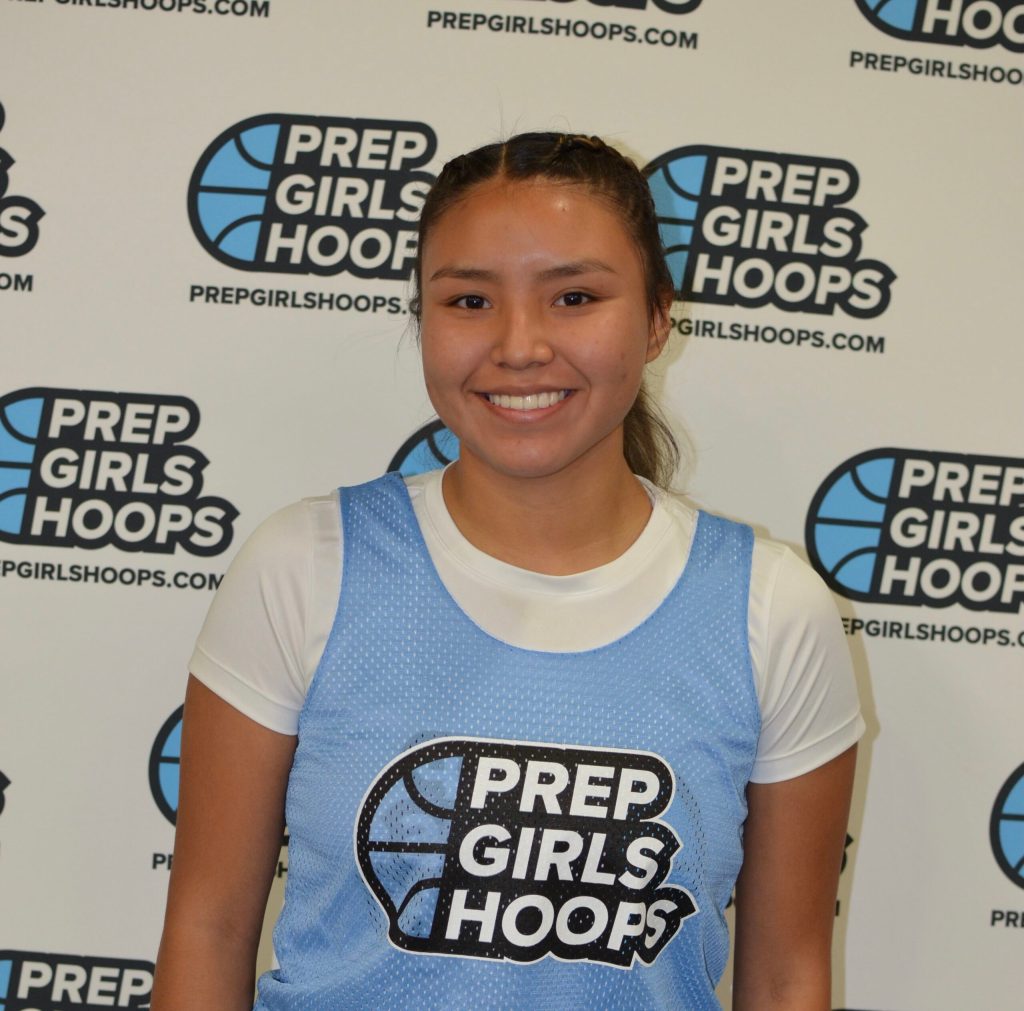 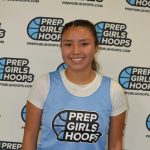 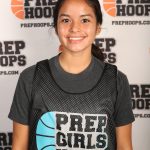 INTRODUCTION – There are many point and shooting guard seniors in Arizona for 2022-2023. Here’s a look at five of them that are worthy of the title – “Members of the All-Hustle Team.”

Ashiian Hunter 5'5" | CG Mesa | 2023 State AZ – is a 5-5 senior combination guard who plays for both Mesa High School and her two club teams, Natures With Talent and Arizona Select. She is from the Navajo Tribe and hence her participation with NWT. After her freshman year, she was named Arizona 6A East Valley All-Region first team. As a sophomore, she was named East Valley Region Player of the Year and 6A All-Conference first team. Her own comment on her game: “One of my main goals, when I step on the court, is to try my best to outwork everyone.” Katie Fonseca, her coach at Mesa commented on Ashiian’s game. “Ash plays both sides of the ball and has made a massive commitment to being the best defender and offensive player on the court. She is a great all-around basketball player. She is also a competitor and it shows in the way she plays.” In three varsity seasons, Ash averaged 18.9 points, 3.1 assists, 4.6 rebounds, and 3.2 steals.

EVALUATION – Ash is an outstanding talent both offensively and defensively. She attempts to outwork everyone on the court and is always hustling. She is also a deadeye shooter both from the perimeter and beyond the three-point arc. She is ready for a tremendous senior year and then playing at the next level.

Sage Begay 5'8" | SG Flagstaff | 2023 State AZ is a 5-8 shooting guard who plays for Flagstaff High School as well as her club team, Arizona Elite Gold. She is an outstanding shooter from both the perimeter and beyond the arc. Sage has played three varsity seasons, a total of 61 games, and averages 9.3 points, 3.5 rebounds, 2.2 assists, and 2.1 steals. Her scoring average has increased each year – from 3.1 as a freshman, to 10.2 as a sophomore, and 12.0 as a junior. She is one of the most improved players in the state and should have an outstanding senior season. Her team lost in the Class 4A State Championship game last winter to Salpointe Catholic, 65-48.

Victoria Cazares Victoria Cazares 5'5" | CG Pueblo | 2023 State AZ – is a 5-5 combo senior guard who plays for both the Pueblo High School Lady Warriors as well as her club team, Dizzy Squad. She was named the Pueblo High School Player of the Year last winter. Victoria was voted Player of the Game by Max Preps when Pueblo lost to Salpointe Catholic last January. In three varsity seasons, a total of 65 games, she averaged 19.3 points, 4.2 rebounds, 3.6 steals, and 2.7 assists. She has scored over 1200 career points. During her career, she has been selected as Player of the Game by Max Preps a total of 51 different times. She scored 30 points in a 50-38 loss to Sahuaro which was over 75% of the Lady Warriors’ total.

EVALUATION: Victoria is an offensive machine but makes a point to make sure all of her teammates are a part of the Pueblo offense. She is also an outstanding player in transition and plays a very intense defensive game. She should have a great season before she plays at the next level.

Rickelle Andrade Rickelle Andrade 5'8" | CG Deer Valley | 2023 State AZ – is a 5-8 combo guard who plays for Deer Valley and her grassroots team, TWE Elite. Deer Valley went 25-3 last season and Rickelle averaged 5.9 points, 4.0 rebounds, and 2.7 steals per game. Her team lost to Shadow Mountain in last February’s AIA State Tournament, 39-36. In three varsity seasons, she averaged 9.9 points and 2.5 rebounds. She also had eight steals in a game against Tempe High School Rickelle has improved every season since her freshman year. One scout commented on her game: “She was another underclassman standout that was on the court for the Lady Skyhawks last season.In the Tempe win, she hit on 50% from over the three-point line knocking down six big-time shots. She drives hard to the basket and won’t rely strictly on a deep jumper but don’t let her get comfortable.”

EVALUATION: Rickelle is a basketball player that has seen her skills increase every year. She is a tremendous shooter and not afraid to shoot from beyond the arc. She is also a tireless defender with lightning-quick hands as evidenced by her eight steals against Tempe High School.

Sierra Labuwi Sierra Labuwi 5'6" | CG Cactus Shadows | 2023 State AZ is a 5-6 senior point guard who plays for Cactus Shadows High School as well as her club team, AZ Pride. In a game against Paradise Valley as well as against Desert Mountain, she connected on five three-pointers. In her three years on the varsity, Sierra has averaged 10.2 points per game and 2.2 rebounds. Her scoring average was 7.1 as a freshman, 10.8 as a sophomore, and 13.5 as a junior. She was selected as Max Preps Player of the Game a total of three different times. Sierra hit four three-point shots with her club team against Oregon Elite. She is an outstanding shooter and just committed to play her college basketball at the University of Wisconsin at River Falls.

EVALUATION: Sierra is a great three-point shooter and is really dangerous, offensively, anywhere in the front court. Her confidence has improved every year and so has her ball-handling skills. She has quick hands that help her on defense and her motor is always at 100%.