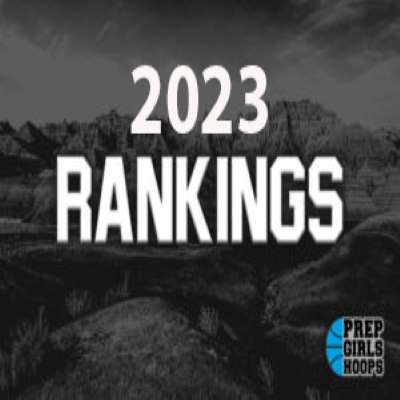 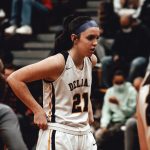 We’re going to continue to update our prospect rankings lists throughout the season for Prep Girls Hoops New Jersey, with plenty of fluidity and changes to happen. There’s always basketball happening, meaning there’s always going to be things that are changing. With that in mind, let’s take a look back at the rankings for the Class of 2023 to talk about the No. 21-25 senior prospects in NJ.

Ahrens is destined for a great season for Delran this year and should be one of the best players in the BSCL without a doubt. Her size and length will only contribute to ample amounts of success on both ides of the ball. Us listing her as a shooting guard is wrong on our part because she can play as a shooting guard, point guard and small forward. Ahrens can do it all on the floor, from shooting to scoring in the interior, to getting a block or deflection on defense.

The newest member of New Providence’s 1,000 point club and a recent commit to The University of Scranton, Lamanna has more than carved out a spot for herself in the statewide spotlight for girls basketball. She’s been an incredibly exciting and electric player to watch, someone who you can count on to make great offensive plays and put her team in a position to win. Lamanna has a great mentality and plays with poise at the top of the key for the Pioneers.

Scott, who has officially signed with Bryant University, is going to be an exciting watch this coming season for Shawnee. She’s a durable forward, an athletic forward and a do-it-all kind of forward that really thrives in the paint and in pressure-packed situations. Scott is reliable for points in the paint and controlling the boards and her strength has carried her as a leader and a trusting player to get the ball to.

Nicks built upon what was an incredibly successful sophomore year by going crazy as a junior, showcasing her shooting and scoring abilities while rounding out other parts of her game well, like rebounding and passing. Her passing, especially, was impressive and deserves some more attention heading into next season. Her defense did slide down in effectiveness last season, so a return to normal is to be expected for her senior year.

McCargo is an early-season candidate for us to move up the rankings after averaging over 20 points a game as a junior for North Brunswick, nearly posting a double-double as a guard and recording well over four steals and made free throws a game. She’s absolutely insane across all aspects of the game and has done a fantastic job at making her presence felt in the lane offensively. Her perimeter defense is a sight to behold as well and she’s as active in that department as anyone.