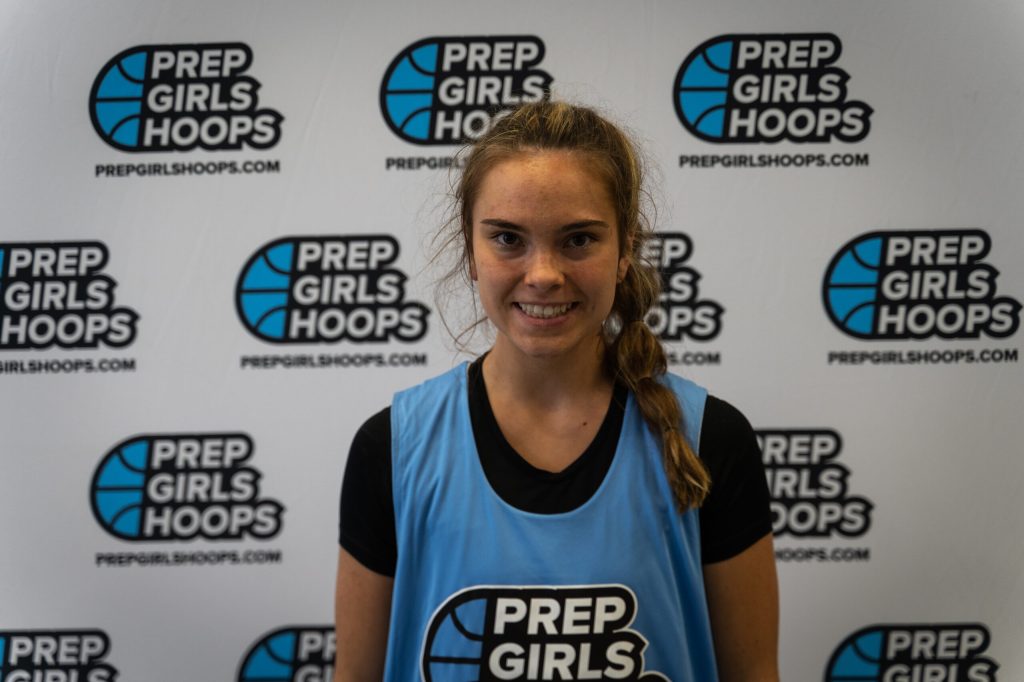 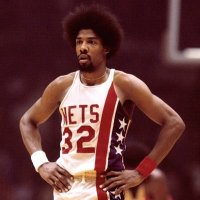 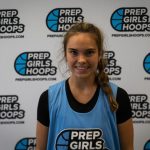 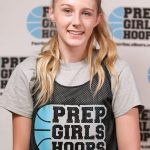 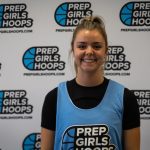 The featured image is of Jaylee Hubble

Friday, we updated our list for the Class of 2023. It was not time for expansion, as we remained at 225 total prospects. However, there are five newcomers to the list, due to a couple of girls not playing basketball in Indiana anymore, as well as these five young ladies really playing well over the past few months, earning their way onto the list. All five are now currently ranked within Prep Girls Hoops Indiana’s Class of 2023 Top-225 Rankings.

Kendal is a very tall, extremely long, fairly fluid, and somewhat bouncy frontline prospect. She will absolutely need to build strength for the next level, but she has consistently grown an inch each year, and she moves well at her size. She has a solid back-to-the-basket skillset and tries to be physical, plus she is solid facing the basket to about 15-feet. She rotates to “help” defensively, and she will block/affect most shots inside the paint. I think she’s someone most Midwestern small colleges should consider, because she has nice upside.

Jaylee played very well when I was able to see her at the Prep Girls Hoops Indiana Top-250 Expo, and that’s why she earned her way onto this list. She has an athletically strong frame, a little length, and she has a nice burst to her. She handled the ball fairly well, delivered it to open teammates, but she also showed the ability to stop-and-pop, knock down 3-pointers, or get to the basket and finish through contact. Athletically, I think she can become a really nice on-ball defender, and she does get her share of steals/deflections in “help”.

Cameryn had a really nice Spring and Summer grassroots season, and she should be up for a much bigger role at Danville this Winter. She’s a solid to strong all-around athlete. She plays with a great motor, and she has a balanced skillset. Cameryn can occasionally slide over and run the offense, when necessary, but she’s also a very nice perimeter shooter, and she can attack the basket North/South and score through contact. She could stand to be just a little better defending the ball, but she rotates well from “help-side”.

Natalie is another prospect who had a strong grassroots season. She looked a little taller, stronger, and more assertive. She seems to understand the game and have a nice feel for it, and she can almost play more of a point forward position at times. She is best on attack, especially getting North/South downhill. She can knock down an open rhythm jumper, but a little more consistency outside should make her trickier to defend. I like her motor, her toughness, her physicality, and her willingness to defend and rebound her position.

Hadja is an intriguing prospect, and with Avon suffering three 2022 graduation losses from their frontline, she could find herself in a much bigger role this Winter. Hadja has really nice length, wiry strength, plus she can get out and run the floor, and she has shown some bounce. She plays with a nice motor, can put it on the floor a little and attack the basket, plus she’s best when she can just be athletic and finish around the rim, whether off of drives or offensive rebounds. I also think she has the potential to be flexible defensively.