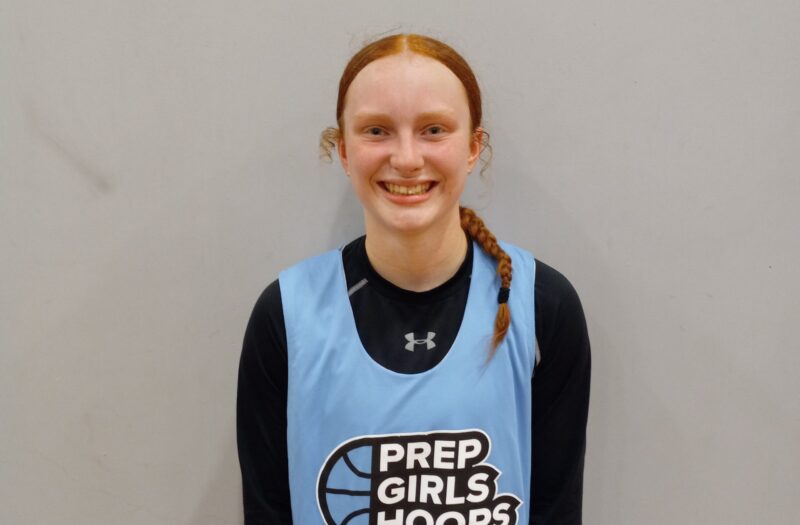 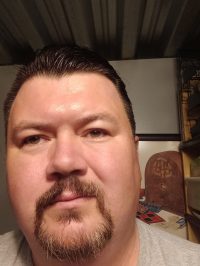 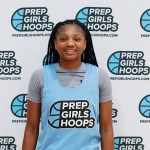 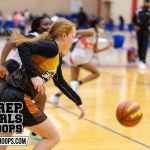 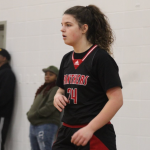 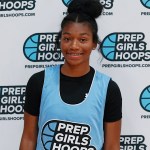 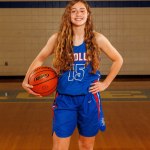 I thought I finished and posted this article a few days ago. So sorry to have kept you all waiting on that. I should have known when I saw no increased traffic on Twitter, but as many of you know, I am working 4 jobs right now, so this slipped through the cracks until now.

This is my last article covering the Prep Girls Hoops Kentucky TOp 250 Expo. It was great seeing so many talented players and I look forward to seeing you all grow and develop over the course of this coming season. Thank you all so much for attending and putting forth the effort. That said, it is time to finally post this article discussing several talented Guards.

Gentry is a leader on the court who is adept at directing traffic on defense and providing great on ball defense and help defense. This summer watching her with her extremely young school team (based on who was there that day) she was picking up her teammates when they made mistake and coaching them up to be better for this season to come. Her communication skills on the court extend further with her summer team that was loaded with talent and made it to the Victory Region semifinals on the strength of a relentless defense.

Offensively she could be an asset on the next level at the 1, 2, or 3 playing whatever role the team might need. She led her team in scoring 15.1 points a game last season and made 45% of her shots, probably by using her great excelleration and strong ballhandling to speed her way for several layups. But don’t rule our her ability to get to the line and to hit the glass as some point generators. She made 122 Free Throws at 72.6% and led the team in rebounding with 9.6 rebounds an outing.

Coaches out there looking to fill out their rosters next fall need to look at Gentry. She is a winner and a coach on the floor. She will put herself on the line, be a team first player, put pressure on defenses to stop her, and pass the ball to the open teammate her penetration creates. This is a player that has flown under the radar for far too many of you. One of you is going to get a steal when you siign her before nest season.

Fox is an athlete, that can handle and shoot the ball. Last seaso she mad 30.8% of her three pointer and 70.4% of her foul shots. She is also a good passer, especially at feeding the post. Her ability to dribble while moving laterally is a great asset in allowing the post offense to develop and to find the angle needed to deliver the ball.

Her ability to feed the post is going to be crucial this year due to her school receiveing a talented Center transfer. That also ought to open up the perimeter for Fox some as well, govog her a few more open looks from three point range. It could also mean more driving room for the short jumper.

Hogan stands to inherit a ton of minutes this winter after playing a key role as a reserve last season. Her quick feet are a great asset on defense for stopping penetration and hopefully on offense. The player whose shoes she most needs to fill is someone I have described as a one woman fastbreak. I think Hogan has the skills and ability to step into those shoes.

At the 250 Hogan nailed a right wing three and executed a nice slip for a layupof of a lob pass after setting a screen. Last season she made 34% of her three point attmepts and 47.5% of her field goals. If she can maintain those numbers under an increased load I would expect her to have a breakout year. rn

Lane put on a shooting display at the 250. Looking over my notes I noticed she made two three-pointers from the top of the key and a thrid from the right wing over a defender. She also made an eight footer from the right corner.

She has just entered her first year of high school so there is planty of time for her to continue to work on the rest of her game. But having the skills she does as a shooter is a good start. Last season Lane made 73.3% of her free throws last season and likely has a bright future ahead.

Carter-Swanigan is exactly the kind of player events like the Prep Girls Hoops Top 250 Expo are designed to uncover. I don’t think anyone involved with this site knew who she was before the 250 started and I saw her excell in the 1st game of the day going head-to-head against some highly talented Guards from across the Commonwealth.

She made a stong drive to with her lefthand from the leftwing into the paint, made a 17 foot jumper from the left corner, and played great defense. She used her quick feet to harass the ballhandler and stop penetration. She wasn’t afraid to mix it up and showed that she will hustle when on the court.

This is a player to keep an eye on over the next four seasons. She has a long way to go to be a college prospect but she is on her way. If she will put in the work I think it could happen for her.

I hope I am writing about the right player right now. This player wore number 3 at the 250 and this is the name associated with that number on the roster but the wrong team. So if this was you. please confirm. I know a few players were traded around to fill out some of the rosters and a few players walked up on the day of the event and from what I can tell nobody made any record of these changes. Let’s hope this is the right player and she was just switched to another team.

Williams traveled up I-65 from Tennessee to play in the Kentucky Top 250 and acquited herself very well. She is not even known to our Scouts in Tennessee yet from what I can tell because I had to add her to our database. That isn’t too surprising for a Freshman but I suspect she is going to be well known before next season if she plays like this all the time.

Williams made a tough catch on a dive cut to the basket and scored layup on a strong finish. She has an explosive first step that she uses to create space and makes very long strides to propel herself forward on drives to the hoop. This is a player to watch.