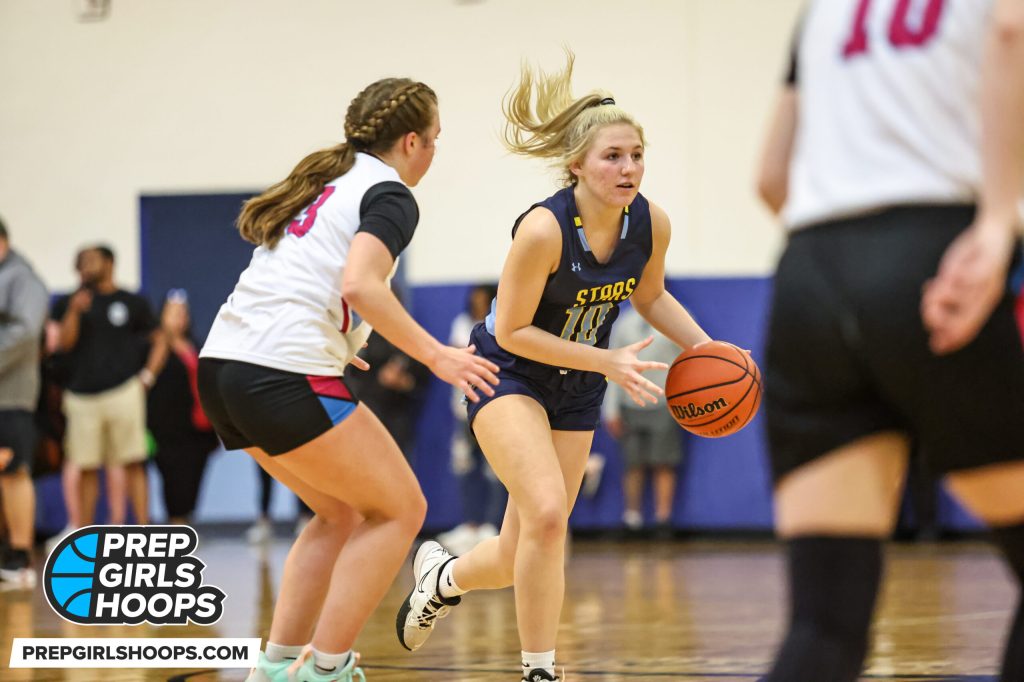 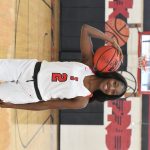 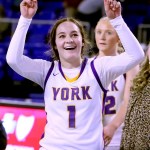 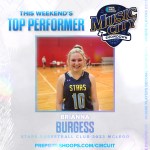 Last year, there was a lot of parity in the state playoffs throughout each classification. The state of Tennessee saw a lot of games won or lost by just a few lucky bounces. Some girls stepped up to the challenge, knocking down clutch shots, exerting that extra effort on D going after a loose ball, or simply made the right play at the right time.

As the lights in the gym kick on as practice begins, some girls are looking to redeem themselves. They have a bad taste in their mouths. They are hungry, ready to lead their team to the promised land. They are willing to do whatever it takes to get over the hump and lift up that trophy. Through blood, sweat, and tears, PGH Tennessee has found 5 girls who will rise again and be tough to deal with as they lead their team on a mission to raise a banner at their school.

Sydney Mains Sydney Mains 5'11" | SF Knoxville Catholic | 2024 State TN (Jr./SF/Knoxville Catholic)– Stud athlete who is a fierce competitor. She is hungry to lead her team over the hump. After a final four appearance last year, this young hooper has been in the gym, putting in that work. She led all players in scoring last year and looks to do the same this upcoming year. As she refines her tools, preparing for this upcoming season, this skilled marksman is ready to hoop.

Jailyn Banks Jailyn Banks 5'7" | CG MTCS | 2023 State TN (Sr./ CG/ MTCS)– The Belmont commit is ready to go toe to toe and help propel her Lady Cougars club. This offseason, she has been grinding away, fine tuning her skills for this upcoming senior season. She’s ready to knock off the star-studded defending state champs in Webb-Bell Buckle. JB had a phenomenal travel season, where she competed with some of the nations best. With her scoring ability at a premium and her confidence at an all-time high, this young hooper is ready to bring a title to the MTCS community.

TiMia Lawson 5'11" | PF Jackson South Side | 2023 State TN (Sr. /PF/ Jackson Southside)– This Lady Hawk is ready to take flight towards redemption. She’s a walking double-double nightly, who lays it all on the line for her club every single game. Her ability to score the rock, defend, and grab boards, helps her team stack dubs. Last year, her club lost by 5 points to a talented Lady Bees team out of Upperman. What a sweet way to end a stellar high school career than to hoist the gold ball above your head. Look for Ms. TiMia to turn it up another notch as she looks to lead her club back to the big dance.

Maddy Newman Maddy Newman 6'2" | C Gatlinburg-Pittman | 2024 State TN (Jr./C/Gatlinburg-Pittman)– This 6’2 anchor is ready to get back to the dance. Adding phenomenal guard play to the squad, will enable Maddy to dominate the paint even more. With her ability to score around the blocks, her fine touch from 15ft, and the ability to produce in the pick n’roll game, her scoring stats are gonna go through the roof. She’s a beast on the boards and a tremendous anchor on D. The GP girls lost in the semi’s last year, but they are poised and talented enough to breakthrough this year.

Brianna Burgess 5'10" | SG Creek Wood | 2023 State TN (Sr./SG/CreekWood)- Blessed with great length and size, this 5’10 hooper is nothing but buckets. A fierce competitor that runs her games off screens and attacking down hill. She’s a “go-getter” doing the little things to give her team an advantage. After coming up short by a point in the final four, Brianna is hungry to take the next step. This offseason and throughout the circuit, she’s been doing nothing but fine tuning her game. “Built Ford Tough” you better believe this hooper will be super tough to deal with every time she laces her shoes up.
Reese Beaty

Reese Beaty 5'7" | PG York Institute | 2025 State TN (So./PG/ York Institute)– A vet when it comes to winning, she might be young in class, but she’s a pro when it comes to getting deep into the playoffs. This very talented guard is ready to hoist that trophy up for the Lady Dragons. She’s been putting that work in and garnishing the attention of some big time schools. A multi-level scoring threat, her ability to score, pass, and defend makes her a dangerous option nightly. Her squad is super tough and this top floor general is always leading the charge. Look for her to bring every night as she and her teammates are on a quest for greatness.