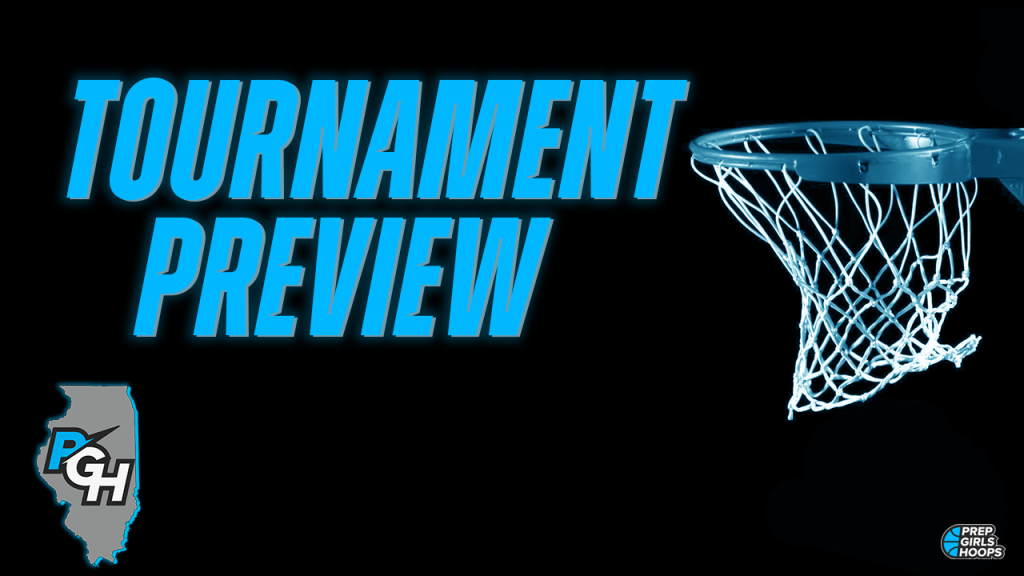 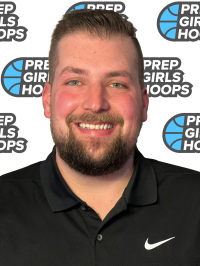 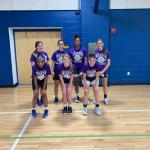 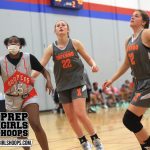 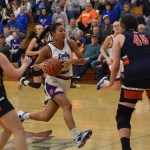 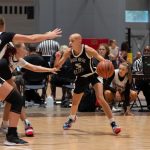 The Illinois state tournament series is less than a week away. Let’s take a look at the top teams and players in downstate Illinois (any school south of I-80) as they prep to make a run to Redbird Arena on…

The Illinois state tournament series is less than a week away. Let’s take a look at the top teams and players in downstate Illinois (any school south of I-80) as they prep to make a run to Redbird Arena on the campus of Illinois State University to compete for the state’s biggest trophy.

The senior has a big, strong frame that she uses to her advantage to crash the boards. She also uses that size to protect the rim where she rejects just over two shots a game. Ella averages nearly 20 PPG due to her ability to create space and her own shot off the bounce. When she drives to the basket, she is a strong finisher who doesn’t back down from contact around the rim.

Elynn is a stat sheet filler who gets it done all over the court. She looks to find her open teammates by distributing the ball at a high rate as one of the best passers in the state. The senior is money from mid-range with a nice floater in her arsenal as well, but she isn’t afraid to step back and hit a deep one from time to time. Peterson is a pest on the defensive end of the ball coming away with timely steals.

Road to Normal: Brimfield heads to the Alwood Regional as the #1 seed where they look to bring home their sixth straight regional title. From there, they would come back home to host a tough sectional with the likes of Brown County, Mendon Unity, and Elmwood. They will host one of the toughest sectionals in the state where the winner will face off against the winner of the Bunker Hill Sectional in Brown County for a chance to play in the state finals.

Briley is a quick and scrappy player who hustles on both ends of the floor. She is a tough and gritty player who attacks the boards and jumps the passing lanes to turn defense into offense. Rhodes is a great spot up shooter from deep, but also has the ability to take defenders off the dribble to pull up in your face from mid-range.

The sophomore runs the point to perfection as an excellent distributor of the ball with great court vision. Alayna has some serious range from beyond the three-point line. She doesn’t stop there with her offense though, she as a smooth floater in her game as well as the ability to stop and pop it on the drive. She is a dangerous threat for defenders to try to stop.

Road to Normal: The Rockets begin their postseason run at the Dupo Regional as the #1 seed. Their toughest match up here will be Nokomis who is a twenty-game winner this season as well. Okawville’s next stop would be the Bunker Hill Sectional where they could run into Father McGiveny in the sectional final. The winner of this match up heads to the Brown County Super-Sectional with the possibly of running into a very tough Brimfield team to play for a place in the state finals.

Bella is a strong guard that isn’t afraid to take it to the hoop using her strength to her advantage to finish with contact. She has a good mid-range shot in her repertoire as well. The senior can light it up from behind the three-point line and can hit the shot at a very high percentage. She’s a threat from anywhere on the court.

The junior guard has a very high basketball IQ that shows on both ends of the ball. She looks to get after opponents on defense by jumping the passing lanes as well as looking to find open teammates by dropping dimes. Sophia is a good spot-up up shooter from deep with a quick trigger.

Ashlyn is a lengthy forward who protects the rim very well with her shot blocking ability. She has good size to finish strong around the rim with soft hands that can catch the dish inside with a soft touch with her back to the basket. Arnsman also isn’t hesitant to step out and hit a shot from behind the three-point line at a high rate.

Road to Normal: Mendon Unity will head to the West Central Regional as the #1 seed. For them, the road gets tougher by heading to the Brimfield Sectional with the chance to run into some of the best teams in the state. As said before, this is one of the toughest sectionals in the state. Winner heads to Brown County for a chance to head to ISU for the state finals.

Katey is a floor general with a very high basketball IQ who controls the tempo of the game very well. She is a playmaker with the ball in her hand with excellent floor vision. Flynn has good size and length for her position.

Klare, like her twin sister Katey, has great size and length with a ton of athleticism. She has a great shot with great form that can be dangerous form anywhere on the floor. Flynn uses that athleticism to be a pest on the defensive end of the ball.

Road to Normal: The Hornets head over to Lewistown to begin their postseason as the #2 seed. Their toughest opponent in regional play will be Havana who they beat by ten during their holiday tournament. From there, they look to advance to that tough Brimfield Sectional with potentially a first round match-up with Mendon Unity who they look to avenge a few losses earlier this season with. Brown County hopes to host and play in their own super-sectional to advance to the state finals.

Amiah is a strong forward who handles the ball very well for her size causing match up issues for opposing teams. She is a problem down low and finishes at a high percentage under the basket averaging nearly 25 PPG. The talented sophomore uses her strong frame to rip down nearly 11 boards a game. Her size also always her to be an issue on the defensive end of the ball blocking nearly two shots a game.

Road to Normal: Christopher will begin their post season by hosting their own regional as the #1 seed. If they win here they will head to the Sesser-Valier Sectional with the chances to run into some very tough Woodlawn and Goreville teams. The winner heads to the Wayne City Super-Sectional where they could possibly run into Tri-County or CHBC for a chance to play in the state finals.

Gracie is a deadly shooter from deep that will make defenders pay who leave her any space, but she isn’t afraid to take it off the dribble to find ways to score. She has a very strong body and finishes well going to the basket with contact. Her vision on the floor is very impressive as she finds her teammates making tough passes through traffic. Heckert has a great floater in her game that has helped her pass the 1,000 career point mark this season.

Road to Normal: CHBC starts playoff play in the Toledo Regional as the #3 seed where they will have the chance to meet Effingham St. Anthony (Honorable Mention) in the championship game. The Bobcats would then look to advance to the Tuscola Sectional where they would potentially meet Tri-County (#3) in the first round. Winner advances to the sectional championship to play for a chance in the Wayne City Super-Sectional that will put them one game from the state finals.

Aaron Stout is a new scout for Prep Girls Hoops Illinois and is trying to bring more coverage to central and southern Illinois. He and the rest PGH Illinois staff seek to cover the entire state by keeping subscribers up to date with player evaluations, recruiting info, and statewide news. Our audience often supplies with some of our best information. If you have any information on players, teams, or statewide news in Illinois, please email Aaron Stout at prephoopsaaron@gmail.com or DM him through Twitter @Astoutprephoops.